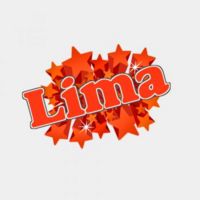 Lima has a YTMND profile
Retrieved from "https://wiki.ytmnd.com/index.php?title=User:Lima&oldid=28028"
Categories: