SirLemming is best known for Cosby Bebop. He has made several other Cosby mix sites, which often result in groaning and annoyance. He also has an unhealthy amount of other sites, most of which are not very popular. The most notable exceptions are Picard Teaches Art Class and What Is Tators.

In October 2006, a user named Coach impersonated SirLemming with the site cosby-bebop.ytmnd.com, claiming to be SirLemming in disguise, performing a "social experiment". Coach has never responded to the disproof of his claims.

MC Hammer's "U Can't Touch This" mixed with quotes from Kelsey Grammer (playing Frasier on Frasier and Sideshow Bob on The Simpsons), and the lyric "Hammertime" replaced with "Grammertime" through careful sound editing.

grammertime.ytmnd.com -- the orignal site, with a short audio loop and animated GIF

grammertimeremix.ytmnd.com -- an extended, full-length version of the mix, submitted to the first YTMND remix contest

An original music track with quotes from Sam Pak, owner of the Florida-based Appliance Direct ([1]) and star of its infomercials, mostly from his video about White Porcelain. Submitted to the second YTMND remix contest. whiteporcelainremix.ytmnd.com

Human vs. Ro-man: The Robot MonsterMix

An original music track using themes and quotes from Robot Monster, which is widely regarded as one of the most enjoyably bad movies of all time, right down there with Plan 9 from Outer Space. robotmonstermix.ytmnd.com

A loop of Bonb The Bass's "Beat Dis" mixed with quotes by Space Ghost from the Space Ghost Coast To Coast episode "Needledrop". spaceghostdance.ytmnd.com

A loop of the "Rave" track from Zool 1 mixed with quotes by Space Ghost from the Space Ghost Coast To Coast episode "Needledrop". spaceghostrave.ytmnd.com

A shortened version of Queens of the Stone Age's "The Lost Art of Keeping a Secret" mixed with quotes related to a WWE storyline in which the late Eddie Guerrero told Dominic, Rey Mysterio's supposed son, that he was his real father. lostartofguerrero.ytmnd.com

Go With The NO

A loop of Queens of the Stone Age's "Go With The Flow" using Darth Vader's "NO" over the original song's "flow" lyric. SirLemming's first relatively high-rated site. gowiththeno.ytmnd.com

Overlooked/Underrated YTMNDs (a section by SirLemming, in case you didn't guess)

Ebert & Downvoter At the Movies.

Some YTMNDs just never take off. Sometimes it's because of downvoter-storms in the first few minutes that keep them from ever escaping the "Recently Created" section. Other times it's because rationally thinking people just plain don't like them.

Ebert & Downvoter At the Movies

A look at what would happen if professional movie critics acted like YTMND critics. Started the popular internet phrase "Gandalf FTW". Well, except for the "started", "popular", and "internet" part. ebertanddownvoter.ytmnd.com

A combination of the "addresses Congress" fad and SirLemming's favorite commercial of all time. skittlescongress.ytmnd.com

Conan On The Run

A loop of Conan O'Brien running around a building set to appropriate chase music ("Pet Food" by Yoko Kanno and The Seatbelts, from the Wolf's Rain soundtrack). conanontherun.ytmnd.com

My Name Is Solovar

A loop of an Immortals song other than the Mortal Kombat Theme, to the dismay of many would-be Immortals fans. scorpionsong.ytmnd.com

System Of A Crane

A clip of System Of A Down's "Holy Mountains" combined with Frasier... just watch it. systemofacrane.ytmnd.com

A clip from Tiny Tim's version of "Silent Night" that must be heard to be believed. tinytimsilentnight.ytmnd.com

Michaelangelo is a HYPOCRITE!

SirLemming's first attempt at starting a "HYPOCRITE!" fad (similar to the Hassan'd fad). It never really worked, but for some reason, he keeps on trying. Tiny Tim Meets KoRn is another attempt. michaelangelohypocrite.ytmnd.com

"I know the stories, and I know the rhymes..." pumpkingangsta.ytmnd.com

The Hartford Sends An E-mail

SirLemming sort of wanted this to become a fad, but it became basically the farthest thing from it. thehartford.ytmnd.com

Not nearly as popular as Picard Teaches Art Class. Or pretty much any other site, for that matter. picardfarmland.ytmnd.com 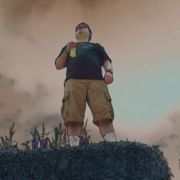 do me a favore... and visit my MySpace!

SirLemming doesn't just make YTMNDs. If so, he'd be a waste of human life. Here are all the things he'd rather be known for, but never will. (Well, except the first one, that's just an extension of the YTMND stuff.)