Beofre I get started on my bio, I'll first point out how nerdy this is. As a result of this, if you ever meet me in person, please feel free to kick me in the crotch for it.

Second, as nerdy as this is, if you are reading this, you may find it useful on how to make a decent site. So pay attention dammit, cause this shit is not hard!

How I Got Started

I first caught on to ytmnd in late 2005. I had a couple friends who had found the site first and they turned me on to it. Of course the Picard site was in full swing at that time, but I was really amazed at the Tom Cruise Kills Oprah site. I had long been interested in digital graphics and website design, and loved the edits on that site (and many others). I needed to know how to make a site. At that point I was pretty much hooked, and thus began my quest to learn how to make sites and animated gifs.

I finally opened an account in early February 2006, and a couple days later Grandpa Munster died, and with that my first site was created - an MS Paint jpeg site Grandpa Munster Dead at 95 . It did about as well as you could expect it to. Some 23 odd votes, and a couple hundred views. Not a great start, but hey, I was rolling.

I continued to make jpeg sites but still had no idea how to make an animated gif. I was watching all these people ripping movies into gifs each day, and it was driving me nuts. I sent a pm to the resident expert of the time mastersitsu asking for help. He was really nice about it and sent me an email explaining how he did it. It was a long process that had me trying to download DVD Shrink, and a whole bunch of other stuff. It basically sounded like a really long process, and more work than I was willing to invest. So I continued on with my JPEG sites, and low views and votes.

I finally managed to get my hands on a copy of Photoshop CS2 - but now what? It's a pretty complex program, and with no tutorials or teachers, learning it can be a slow process. Still no animated gifs.

I figured out that while watching a youtube video, I could hit the play/pause button really fast and do screen captures of the different frames. I painstakingly did that about 73 times, and had my first direct-rip gif. I called it Brad Hamilton has NO class . With that site I had my first taste of sucess on YTMND, and a site with over 100 votes (which to this day I still place as a personal benchmark for a site's overall sucess). I followed that up with Want to quit smoking and even more votes and views.

Ripping videos into gifs that way in a word - sucks. I knew others were doing it differently, and better, but still had no interest in the DVD Shrink method. I sputtered along making the odd site here and there, but never again being able to capture the magic of my 2 big sites. That is until....

April 15th, 2009, was a turning point day in my YTMND tenure. I kept seeing mcroix on the front page, top rated, and top viewed sections all the time, so I sent him a pm asking how he was ripping videos to edit. His response made it all seem so easy. He told me you could download youtube videos and videos from other streaming sites into MP4 formats from www.keepvid.com , and then use Quicktime Pro to export the videos into frames that you could drop into Imageready. I literally lauged when I saw how easy it was.

So I took my new found knowledge and re-did a site I had made in the past with this new method. So my first site using the mcroix method was VIVVVVVIVVVIVVVVVVIVVVVV . I released it, and woke up to it on the Top Viewed section on the front page - which was a first for me. All that time, and I finally see this is how easy it was to make a sucessful site. Go figure.

My Sites and Site Style

Now that I know what I'm doing, my site style will likely always morph. I can't control the ideas that come in my head! I have more or less moved on from direct rip sites, and now use my ripping skills combined my learned photoshop skills to create what I guess you can call "original works with borrowed content". I enjoy making rotoscoped sites than can be best classified as random. I was always a fan of the TPDIF (tiny people daning in food) fad and was determined to make a sucessful site in that genre. I took a few cracks at it that did not have huge sucess like:Sin City Soup and Tacos Amigos before this one took off for me: Robot Chicken

I've never made or created a fad that has caught on with other site creations from other users, but I am slightly known for a couple of different things.

A personal fad that so far I've made 2 sites for. This is where I take a rotoscoped image of a famous movie star, and create a gif where she is hitting something (like a ball) back and forth to herself. I then use a sexual innuendo in the site title to draw interest. For example the first one was Cameron Diaz Playing With Herself

A fictional internation business wing of YTMND. It's headquarted in Toronto, and can be read up on here: http://wiki.ytmnd.com/Ytmnd_canadian_division

I ripped the Thomas Dolby - Hyperactive video, and extracted the close up on his eye looking back and forth, and rotating. I turned that into 2 sites so far, with plans for more (as the ideas come to me) Eye See You and Eye Saw Something

How to use Photoshop

If you are able to get your hands on a version on Photoshop (legit or otherwise), and read my page, you will then have no excuse not to make decent/better sites! There are literally thousands of free online tutorials to watch on youtube that will walk you through virtually every aspect of Photoshop. I find the best youtube chanel for PS tutorials belongs to Ice Flow Studios seen here http://www.youtube.com/user/IceflowStudios . 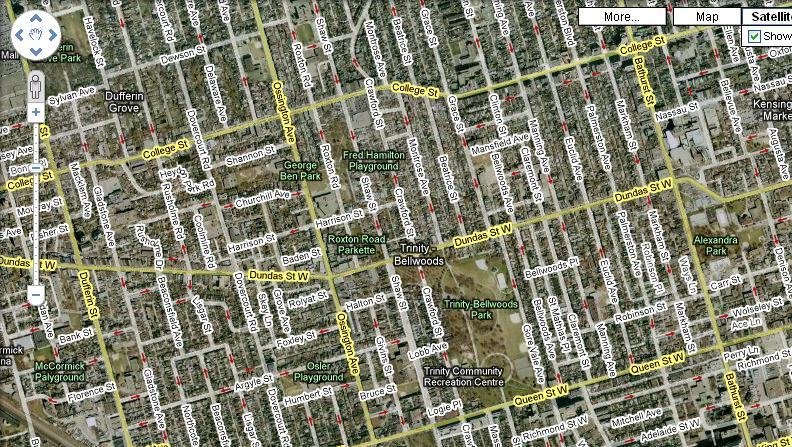 Favourite YTMND of all time

YTMND of all time is Marty and Doc's joyride Through Space and Time. With full credit to dctownes for making it. Great song, and image. They go together perfectly!