Evangelism is regular and casual ytmnsfw forum poster. Evangelism spends his days out getting laid, not on the forums for 20 hours a day like other fags (ie Adair, DP) Evangelism used to post on the old forums but wasn't as active as he is now. The new forums were graced by Evangelism's presence on 09-05-2006, when he rejoined. After a month or so of lurking evan began posting regularly after he beat LoZ: TWW in mid October. Since then evangelism has been an invauable member to the forums, both poltically and emotionally.\

Evangelism's current motif on the forums is of that of a great hero in his homeland of New Jersey, that of the fictional character Gregory House 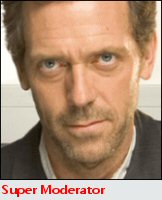