Difference between revisions of "User:Fourest" 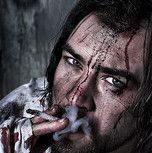 I first started out with a shitty GIF maker making simple picture YTMNDs.

Back in 2005, Fourest was first introduced to this site by Galano and marco1771 (both YTMND users) that he's known through school. They've known about the site for about half a year before Fourest, and showed him the old classics. Fourest then created an account and the three friends started making websites. Fourest's first YTMND made was "Bateman's at your frontdoor", consisting of a still picture of Patrick Bateman from American Psycho flexing and playing music in the background. Quite the mediocre site, yet no matter the rating Fourset never deleted it (although since his account got hacked, the persons responsible deleted it plus the rest of them).

After a few tries by the three friends, Galano and marco1771 had just about given up trying to reach "Top 5 Most Rated", when Fourest succeeds in getting Top 1 with....um, ((since it got hacked i have no idea which one it was...if anyone does remember it, please edit it in ^^)). Excited he was, he started making more, and more and more and kept getting to Up And Coming and Top 5 Most Rated. Then he made alts and got lots of people to hate him blah blah blah Featured User blah blah.

On Jan 6th 2007, I went offline in the ernest, and when I woke up the next day and turned on my televison, I couldn't log into YPFGS, so I got curious and searched my name and viewed my site. They were gone, except 2 sites stating that I was hacked. As the next day or two went by, a couple YPFGSers picked up the pieces, and collected information on Dantheman and michaelwolfson, they hacked my account and deleted all of my YTMNDs. As Dantheman's punishment, his account was deleted along with his sites, and the DR-L337 account was locked by Max. BTape used his cache of fourest's sites to help fourest recover several of his popular sites soon after this incident.