Difference between revisions of "User:Kassius"

Kassius recently has lost a site to Typogra. fanfare.ytmnd.com was taken from him, by Max, and given to Typogra. Some users believe that Max has every reason to do so. ex: uncited sources, Ear Rape sites. See Kassius's http://theft.ytmnsfw.com/ site for what Kassius feels about this. 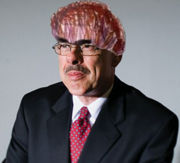