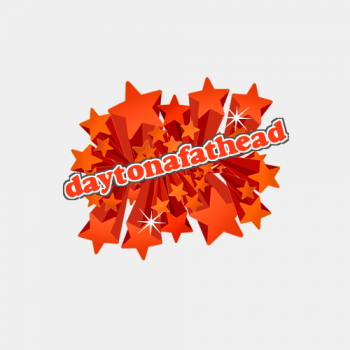 The Reverend daytonafathead is a YTMNDer, actor, and singer born March 5, 19??. His whereabouts are unknown even to him and is only seldom heard from except for occasionally creating an astoundingly awesome YTMND. He enjoys computers, musicals, and talking about himself in the third person when writing wikis concerning him.

Doctors thought something might be wrong with young daytonafathead when he was born, for he had a rather large second head growing out of his left shoulder. Doctors were able to completely remove the second head and daytonafathead was the most healthy baby you'd ever seen. More so than Jesus. Daytonafathead's second head is rumored to still be alive somewhere. Waiting. Gathering strength.

Daytonafathead takes a strong moral stance against stealing. If your YTMND doesn't cite it's sources, expect a 1. If you took a picture from another website and didn't even slightly alter it, you get a 1, UNLESS the point of the website was to have the image and sound together to create irony or humor besides the kind derived from the picture itself. If it's even remotley funny and not stolen, you will be rewarded with a 5 (usually).

Also, if you coudln't even take the time to check the image synch box before making the cite, fuck you. 1'd.